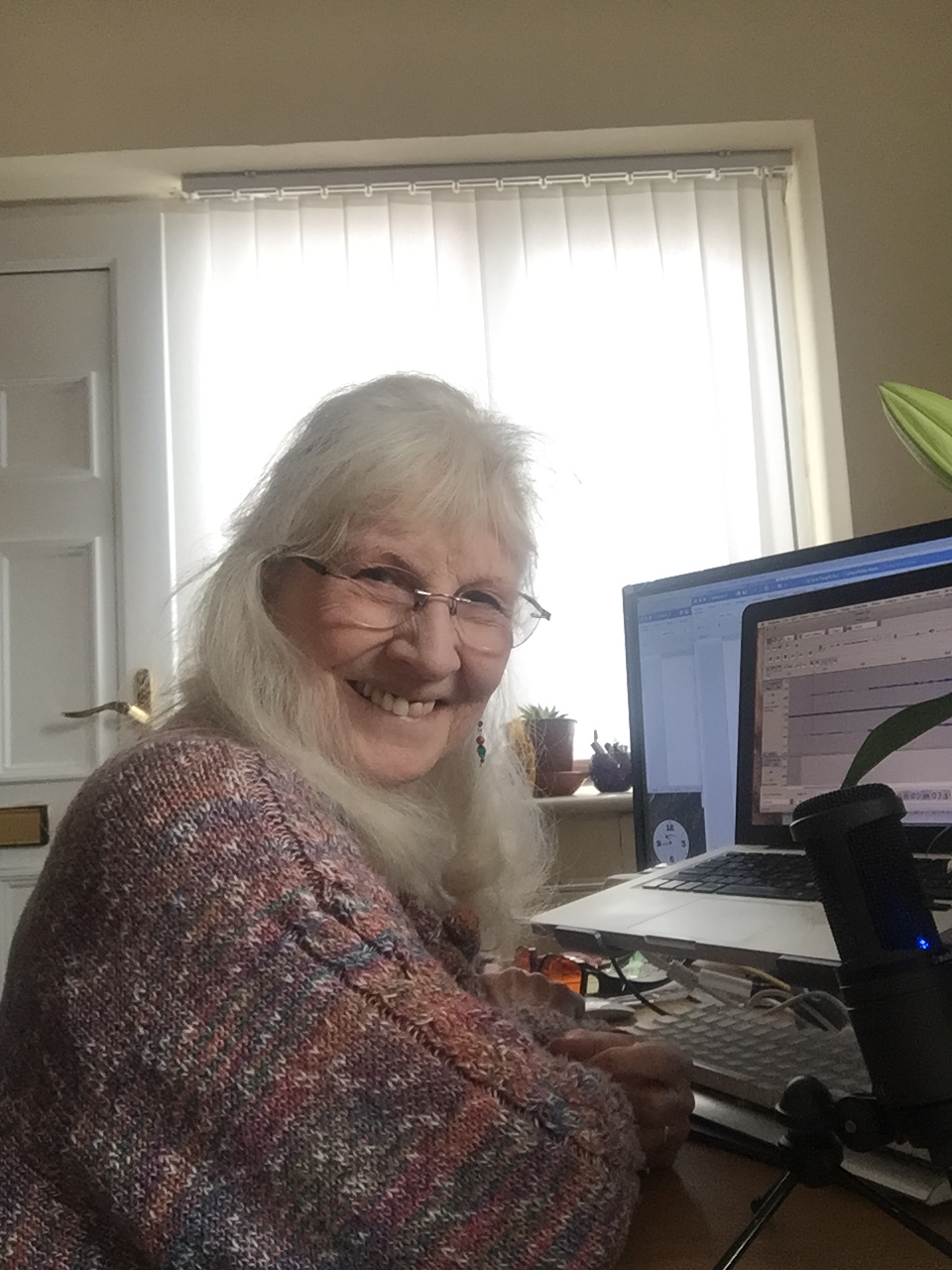 Helen Docherty is in her 70s, happily living on her own in her London flat, except when her family decide to invade her space “to look after her”, or because they want her to fix them. Helen is determined to claim her space as ‘elder’, ‘senior’, ‘crone’ with dignity, honesty and joy. Although the dignity part is proving the most difficult…

Click here, or on the episode links below to get to the Player!

“Absolutely wonderful, almost sounds as if it was written by a real writer.”

Bill Cooke, (who is even more twisted than Flloyd).

This is a Thunder’s Mouth Theatre project, created during lockdown. We get through a lot of coffee as we are writing, recording and editing the programme. If you’d like to support in a small way, you can buy us a coffee here.

Helen is having enough trouble coping with her ageing body and mind, let alone her bossy daughter who is staying with her in the latest lockdown, when a disturbing phone call creates a challenge and leads to a new lease of life on her own terms.

Episode 2: Speaking as a ‘Not Young Person’

Helen’s over-protective daughter Janey has been staying with her for a month now, and Helen is over it. It’s time to face facts, and Helen wants to call things by their proper names.

Episode 3: Flowers for the Birthday Girl

Helen is excited to receive a bunch of beautiful flowers. Is there a secret admirer? Or is her highly strung daughter, Janey, right to be suspicious?

Helen is pleased to discover that she didn’t upset her very elderly neighbour, who has set her a puzzle instead. Granddaughter Susie calls up, seeking advice on her uni assignment. And what is Alexa on about?

Helen may have let something slip that she’d rather her family didn’t know about. And daffodils from Janey’s garden won’t help.  But she’s delighted to receive a call from her Great Niece, Georgie, now living and working in Sydney. Sometimes it helps to have connections…

Helen has a crisis in the kitchen, but is it because she is old, or just stupid?  102-year-young Nana from next door has something to say on the subject. Meanwhile, Helen still hasn’t told Janey about the book.

Sparks fly when daughter Janey comes for lunch, and when the phone rings, Helen is challenged by an old friend to see things from a slightly different angle.

Helen seeks peace and quiet in the garden to work on the secret memoire (note to self: don’t take the phone with you). Susie is being harassed by Janey. Janey receives a surprise challenge from Georgie. Georgie is sworn to secrecy—again. How many secrets can one family sustain?

Janey is nothing like her mother… however, one simple phone call could change all that.  Some daughters love to confide in their mothers, but Janey has a secret she really doesn’t want Helen to know about. And vice versa. Who will give way first?

It is a sign of the times that a phone call from an unknown caller has to be assumed to be a scammer.  Helen decides to take them on, but she gets more than she bargained for. And is sweet Susie turning into a banshee? (I’ve used my song “Sometimes I think” as intro and outro, with the whole song at the end. You can find all of my songs on Bandcamp.)

Additionally, you can help out by subscribing to the podcast and reviewing it on Apple Podcasts or Stitcher or Downcast, or whatever app you use. Or leave a comment here. Please help spread the word by telling friends and sharing on social media using the hashtag #AmIOldYetPodcast

This morning, I woke up to find myself in that half-life, hazy world of here and now/there and then. I know I’m in my tiny crone cottage in Liverpool, but I’m also in a space ship thrumming its way across the galaxy to save two solar systems. My accustomed butterfly-flitting thought processes are streamlining themselves END_OF_DOCUMENT_TOKEN_TO_BE_REPLACED

Did you play with that silly rhyme, back in the day? Spring is sprung, the grass is riz I wonder where the birdies is! Anon It still gives me a tiny thrill to say it out loud, with its deliberate naughtiness. I was raised to speak proper(ly), observing the known rules of grammar at all END_OF_DOCUMENT_TOKEN_TO_BE_REPLACED

Back in my wee crone cottage, and I miss the cats but I love my garden. Oh, and I eventually realised that the yowling cat was just Pixie, talking. I’ve known a few talking cats in my life, but she really takes the cake. I arrived home on Tuesday evening with a broken tooth, soon END_OF_DOCUMENT_TOKEN_TO_BE_REPLACED